Patrick Cabahug seizes ABL opportunities overseas, but not giving up on PBA dream

THE moment Patrick Cabahug set foot in Manila with his current Asean Basketball League (ABL) team Malaysia Dragons for a road match against Tanduay Alab Pilipinas, the first order of business was to enjoy a Jolibee chicken joy meal.

His excitement was understandable. The basketball journeyman has long craved the chicken meal of the popular Filipino-owned fastfood chain, having spent the last three Christmases in Thailand.

Cabahug is one of millions of Filipinos who have gone overseas in search of a better life. Like most of the basketball players who decided to play abroad, Cabahug said the absence of opportunities back home prompted the move.

The former Adamson Falcon has been playing internationally since 2011, starting out with the Westports Malaysia Dragons in the ABL. Cabahug has made Thailand his home the past three years, having played for Hi-Tech when the team won the ABL crown in 2014, and for Mono Thew in the local professional league.

It was his decision not go home to the Philippines for the past three Christmases.

It is work that keeps Cabahug from being homesick during that time. His 'sidelines' in Bangkok included coaching in the many basketball camps held in international schools and playing in leagues outside Thailand as a 'hugot.'

Just last year, Cabahug played in the Walikota Cup in Surabaya and the Elang Cup in Medan, Indonesia. He was also named Finals MVP when he exploded for 64 points in the Fladeo Cup, prompting local fans to christen him the ‘Pinoy Sniper.’ 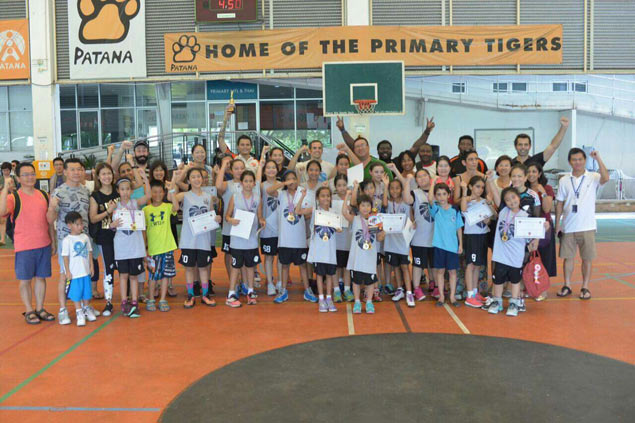 Having played in different countries, Cabahug said he believes Thailand and Indonesia are inching closer to the Philippines in the fight for basketball supremacy in Southeast Asia.

Despite staying in Thailand for years, Cabahug still struggles to learn the language (he rates himself at 2 in terms of fluency with the Thai language), and is even better speaking Malay. He resorts to simple English and gestures when speaking to teammates.

During the offseason, he keeps himself in shape by playing with fellow OFWs who give him a better perspective on living and working overseas.

The 6-1 forward currently plays for the Dragons, but he expects to be back in Thailand after the ABL season. He counts himself lucky to be playing for team owners who treat him well. 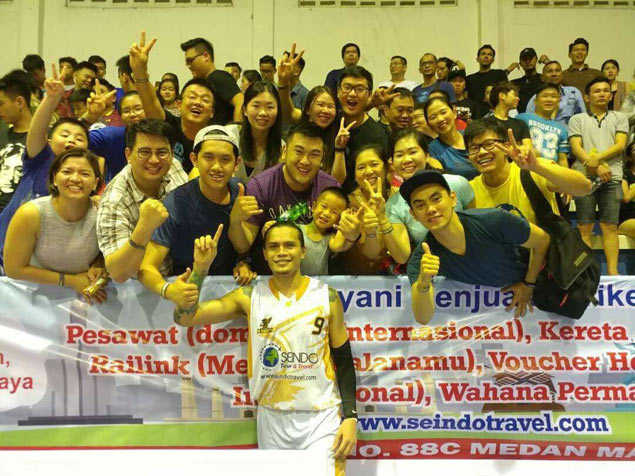 The Cebuano winger extended his stay in Manila as he waited for his Chinese visa that allowed him to travel with his team to Nanhai, where the Dragons played the Chong Son Kung Fu later in the week. He made the most of the opportunity.

He was surprised last week to see light traffic along the dreaded Edsa, evoking memories of his time in Manila.

Even though he is entering his seventh year playing overseas, Cabahug, who went undrafted in the 2008 PBA Rookie Draft, said he still longs to play in the local pro league.

For players like him who are left displaced by the lack of opportunities in the PBA, Cabahug said he recommends Thailand an option to pursue a basketball career.