SAN Miguel Alab Pilipinas coach Jimmy Alapag is excited to see Renaldo Balkman back in the PBA after the league lifted the lifetime ban slapped on him for choking then Petron teammate Arwind Santos during a 2013 game.

Alapag, in his first full-time coaching job since ending his PBA career, said the enigmatic import deserves a spot in the pro league especially after what he has shown with Alab Pilipinas on and off the court.

”I’m hopeful, after here, the opportunity presents itself. He’s been nothing but a great import both on and off the court,” said the former Gilas Pilipinas captain.

The Puerto Rican has put on an impressive showing for Alab Pilipinas, which is currently in the Asean Basketball League (ABL) and a win away from a semifinal face-off against Hong Kong Eastern.

“He’s been adamant from that time it happened that it’s something that he regretted. It’s great to see someone get a second opportunity especially he’s an NBA talent and still an NBA talent,” said Alapag.

Alapag said the presence of an NBA-caliber player will be beneficial to whatever league he plays on.

“Anytime you get somebody (like him) to play in your league whether ABL or the PBA, I think it’s great for the league,” said the former PBA MVP.

On Sunday, Balkman was a beast once again as he finished with 17 points and 20 rebounds in Alab Pilipinas’ 110-100 win over Saigon Heat in Game One of their quarterfinal series. 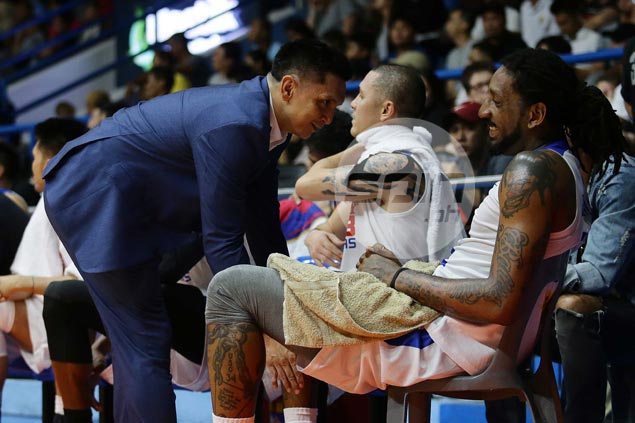 Aside from his double-double, Balkman also had the tough task of defending Saigon Heat import Maxie Esho, who had 42 points in the contest.

Alapag said it will have to be a total team effort to contain Esho.

“He’s a bit banged up. Siyempre at this point of the season, everybody’s a little banged up. Esho was great so we have to do a better job, scheme-wise, to limit him,” said Alapag.