RENALDO Balkman has been a huge part of San Miguel Alab Pilipinas' success for the past two seasons and there's no denying that he will be sorely missed.

The Puerto Rican reinforcement has made his decision to part ways with the Philippine-based Asean Basketball League (ABL) club to attend to "family matters," derailing what would have been his third tour of duty with the squad.

Alab coach Jimmy Alapag said that the team feels for Balkman, especially with Alab setting grand goals of reclaiming the title in the regional league.

"It's not easy to lose a player the caliber of Balkman," the PBA legend told Spin.ph.

The 6-foot-8 Balkman was one of Alab's anchors since debuting in the ABL in 2018, when he was named Co-Defensive Player of the Year. In his first run, he led Alab to the title with Justin Brownlee and Local MVP Bobby Ray Parks Jr.

He made his return last season, averaging 25.0 points on a 35-percent clip from threes, to go with 10.5 rebounds, 3.8 assists, 2.3 steals, and 1.6 blocks as he fought valiantly alongside fellow Puerto Rican PJ Ramos as Alab finished second in the eliminations with an 18-8 card.

That campaign, however, saw Alab stumble in the playoffs where it was ousted by Hong Kong Eastern in the quarterfinals. 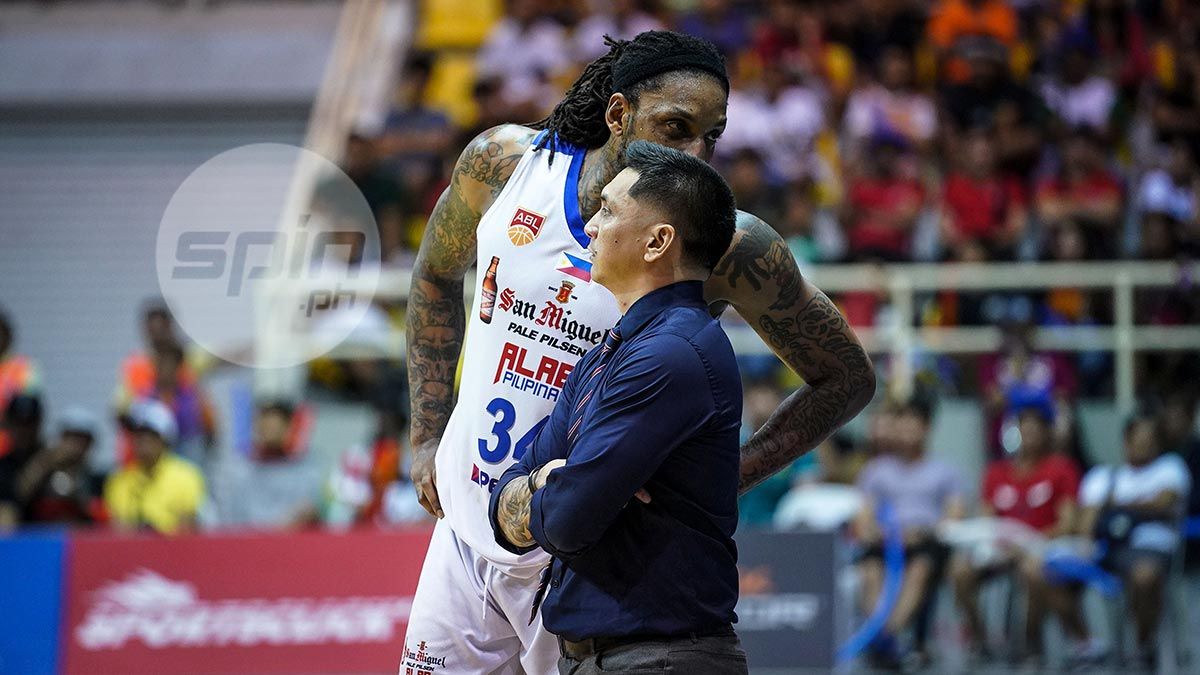 Life, though, must go on for Alab as Nick King comes in the place of Balkman and play alongside fellow World Imports Adrian Forbes and Khalif Wyatt.

Alapag shared his excitement, although he didn't really want to put the pressure on the 25-year-old forward out of Middle Tennessee State to match what Balkman was able to bring to the table for Alab.

"It's still too early to tell right now. But King is a great young talent," he said of his new reinforcement. "We're excited to have King on board with us."

King is coming off an NBA G-League run with the Maine Red Claws, netting 8.5 points and 4.9 rebounds in 17.9 minutes across 33 games.