ABL holding off on decisions even as Korea, Taiwan leagues resume

ASEAN Basketball League chief operating officer Jericho Ilagan is still keeping his fingers crossed that the ongoing season will still be finished and that a cure for this global COVID-19 pandemic will be found soon.

"I'm hopeful and I'm optimistic that by July or August 30, we will have a widely accepted solution for this," the amiable executive said.

The regional league has been one of those sporting events which were forced to be cut short due to the spread of the virus in its localities.

It first suspended games as early as January 21, mostly those home games of the Wolf Warriors and the Macau Black Bears. Closed door games were also played for the Macau and Hong Kong-based teams, before the suspensions eventually found its way to Southeast Asian teams.

Ilagan bared that other options were considered, including holding the remaining games in a neutral venue, where Malaysia and Cambodia were floated.

"We had a conference call with everybody. We asked them if they are still comfortable doing the games and they asked what are the restrictions, they all asked if we can play in one location," he recounted.

"That was supposed to be either Malaysia or Cambodia. We even had a full contingency plan for everything. From flying the players, then isolating them for 14 days, then talking to pharmaceutical companies for rapid-testing kits, the logistics and everything, we had it planned."

As quick as things shaped up, it all soon fell apart as the virus prevented any activities from being held worldwide.

"Last minute, Malaysia said na they will have a lockdown for four days. Cambodia was the last resort and it had everything but suddenly ,the players got scared. Yung uncertainty yung factor na yung hindi namin ma-control eh. Kahit kumpleto na lahat, there will be fear na inside the heads of the players and they were scared for their loved ones," said Ilagan.

"We had to really think hard and we can't just think na kailangan natin ng champion. Then the teams started saying na they won't play and we needed that, even if they are in the minority, to say that. Nakakapagod na we are planning all night and then the next day there will be restrictions that will scrap almost 80-percent of the plans. We had to re-evaluate and maybe throw in the towel. That's what is going on now." 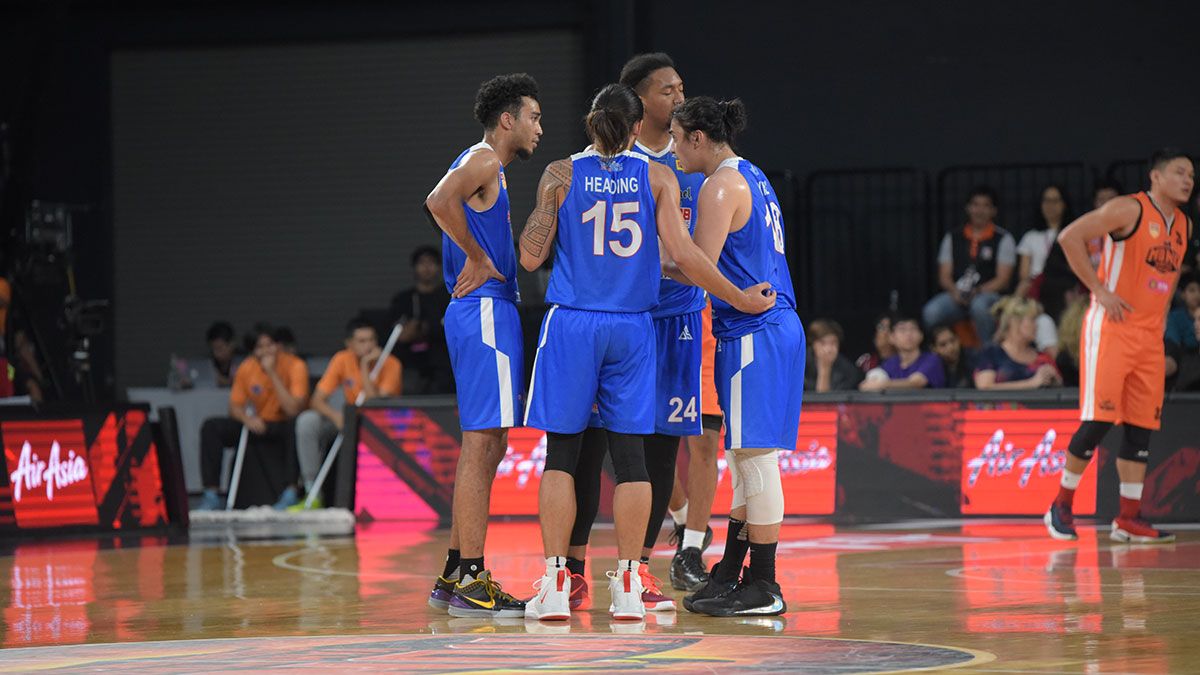 The ABL eventually issued a statement indefinitely postponing the season on March 13.

Ilagan, however, said that the regional league isn't ready to pull the plug on the season just yet.

"We are thinking of having a season-ending tournament by October before we start the next season on November," he said, before divulging on the reservations.

"But we can't make a decision until all the restrictions have been lifted. Some teams even said that they won't sign their players until there's a vaccine. With those things in front of us, we can't say na we are going to start again in November."

There's a glimmer of hope though.

Taiwan was able to wrap up the Super Basketball League Finals between Taiwan Beer and Yulon Luxgen Dinos last April.

KBO League, the top-tier baseball league in Korea, has also pushed through with its tournament which started last May 5.

And some NBA teams have also started opening up their facilities so that their players can get their much-needed workouts.

Ilagan, however, acknowledges that unlike those leagues, the ABL faces a different beast on its own: the hazards of travelling. "Feeling ko kami yung last to play because we have to travel longer. Even if example, the Philippines, Malaysia, or Singapore lifts their restrictions but Macau, Taiwan, and China don't, we can't continue," he admitted.

In these trying times, the health and well-being of everyone is the paramount concern for the ABL.

"The best we can do right now is to make sure that the players and the staff of the ABL are safe," said Ilagan. "Tsaka na yung kundisyon or sponsors ng teams. The hope now is we can go through with this together and that all are well."