JOHNNY Abarrientos scored a fastbreak lay-up with 12.2 seconds left to lift Alaska to a pulsating 77-75 win over San Miguel on Monday night in the final of the UNTV Cup PBA Legends Faceoff at the Smart-Araneta Coliseum.

Abarrientos scored a lefty lay-up on a two-on-one break with Willie Miller for the marginal basket, putting a fitting finish to the Milkmen's comeback from an eight-point deficit entering the fourth period, 70-62.

Olsen Racela missed a three-point try to end the game.

Miller finished with 34 points behind a 7-of-12 clip from threes while Abarrientos added 12 points, capping their heroics by connecting on the game-winning play.

Alaska was still trailing, 70-63, before scoring the next eight points capped by a go-ahead jumper by Eddie Laure with 2:29 left in the match.

With the score tied at 72, Miller hit a triple to give Alaska the lead but Allan Caidic responded with a three of his own with 46.2 seconds left to tie the ballgame.

Abarrientos atoned for a missed three by picking up a San Miguel miss to start a fastbreak. A give-and-go with Miller set up the game-winning play to the delight of Alaska fans in the stands. 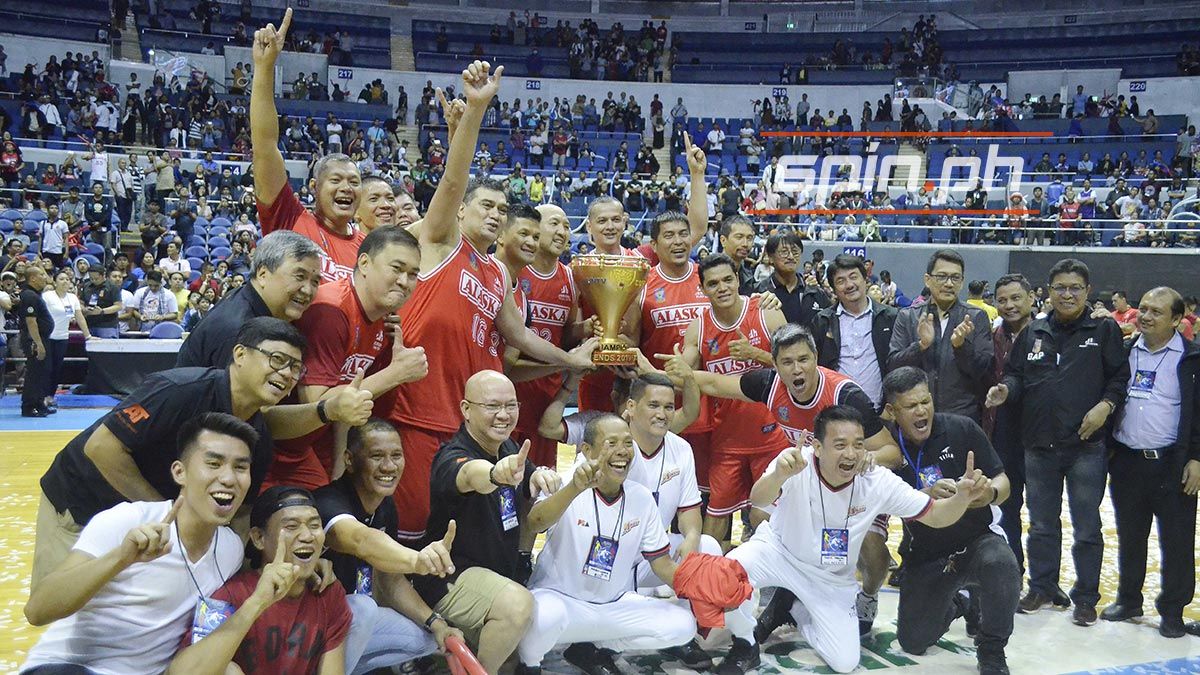 It was a gallant stand nevertheless for San Miguel, which played with only seven players due to the absence of Danny Ildefonso and Danny Seigle and injuries to Nelson Asaytono and Bong Alvarez.

Chris Calaguio scored 23 points including back-to-back threes in the third that put San Miguel up, 53-47. Racela hit two free throws off an unsportsmanlike foul by Abarrientos with 0.9 seconds left in the third to give San Miguel a 60-52 lead entering the final canto.