WASHINGTON — José Urquidy outpitched all those big-name aces who preceded him, the unheralded Houston rookie quieting Washington's bats and the Nationals Park crowd, too.

Houston and Washington are all even in a World Series that has been one big road show.

Alex Bregman busted out of his slump with a go-ahead single in the first inning and a grand slam in the seventh, and the resurgent Astros routed the Nationals 8-1 Saturday night to tie the Series at two games apiece.

Visiting teams have won the first four games for the first time since 1996, when the Yankees broke the pattern in Game 6 against Atlanta to take the title. 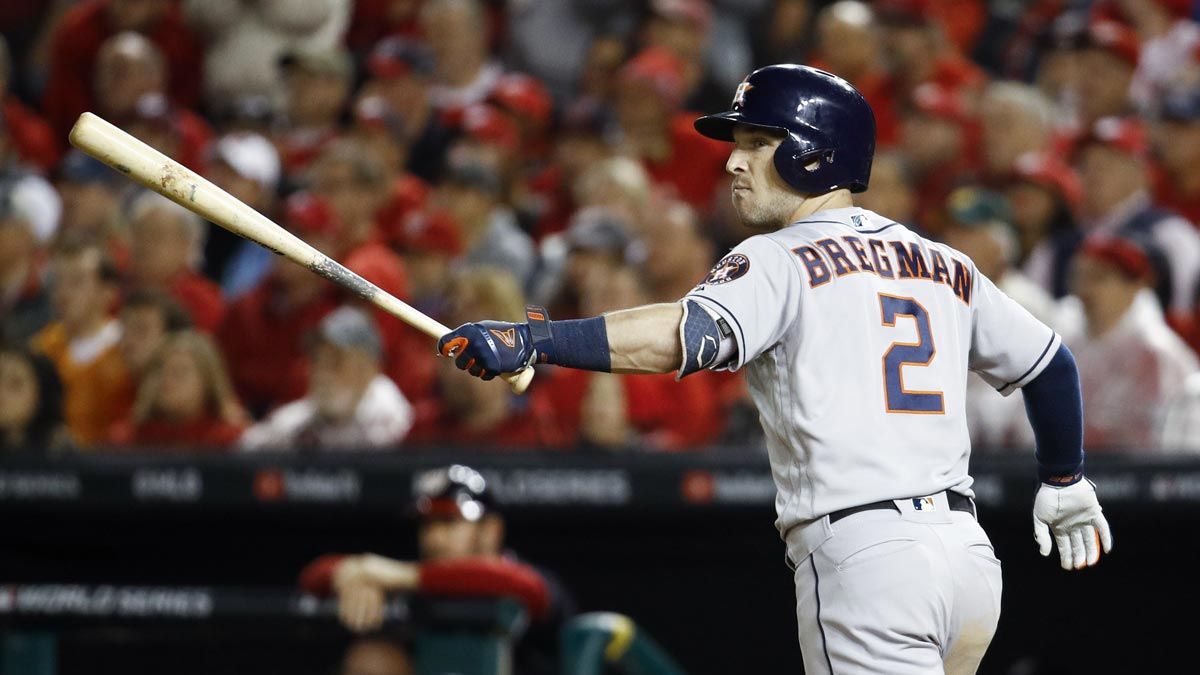 Game Six will be on Tuesday night in Houston, when the Astros lose their road-field advantage.

Yuli Gurriel also drove in a run in the first as Houston strung together four singles in a seven-pitch span for a 2-0 lead against Patrick Corbin. Robinson Chirinos homered for the second straight day, a two-run drive that boosted the lead to 4-0 in the fourth.

Fans started leaving in the seventh, when the Astros sent 10 batters to the plate and battered the bullpen. Bregman, who began the night in a 1-for-13 Series slide, had the big blow, driving a low, inside fastball from Fernando Rodney into the left field stands of the ballpark where was the All-Star Game MVP in 2018. He held his bat high as he slowly walked out of the batter's box, then took nearly 30 seconds to circle the bases.

Starting pitchers were the talk of the Series coming in, with Washington's Stephen Strasburg, Scherzer and Corbin combining for 12 All-Star selections and three Cy Young Awards. The baseball cards of Houston's Cole, Justin Verlander and Zack Greinke shine with 17 All-Star picks, two Cy Youngs and one MVP. 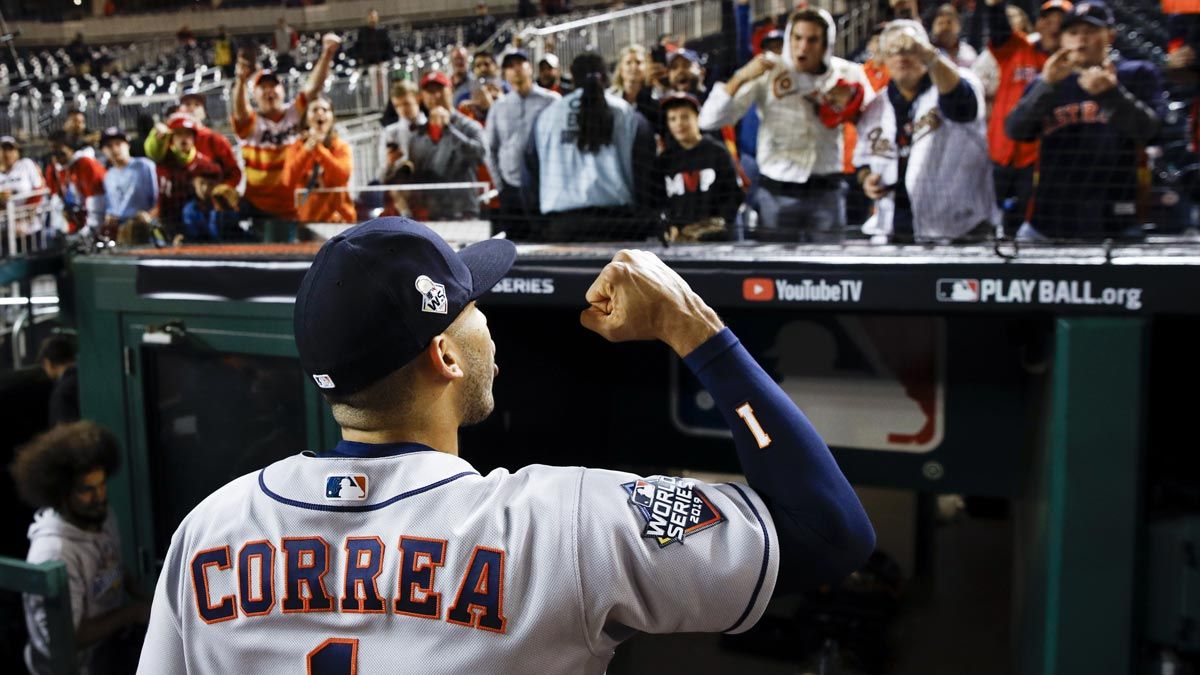 But there were just five 1-2-3 innings by starters in the first three games, and the most consecutive outs were by the Nationals' Aníbal Sánchez, who retired seven straight in Game 3.

Urquidy, a 24-year-old right-hander, exceeded them all.

Not bad for a TBA.

Urquidy wasn't even announced as Houston's starter until after Game 3, with manager AJ Hinch hoping to piece together innings any way he could.

The right-hander began the season at Double-A Corpus Christi, was bumped up to Triple-A Round Rock in mid-May and made his major league debut in July. He faced the Nationals in just his 12th big league appearance, joining Fernando Valenzuela (1981) and Jaime García (2011) as the only Mexican starting pitchers in Series history.

Urquidy allowed two hits in five scoreless innings, striking out four and walking none. Mixing four-seam fastballs in the mid-90s (mph) with two-seamers, sliders, curves and changeups, he set down the Nationals in order in the second, fourth and fifth, retiring his final nine batters. He threw 30 of his first 38 pitches for strikes, 45 of 67 overall.

Washington's best chance to get back into the game came in the sixth, when Harris relieved with two on and one out. Anthony Rendon singled off the pitcher's leg, loading the bases, and Juan Soto drove in a run with a groundout. Harris then struck out Howie Kendrick. After going 7 for 21 with runners in scoring position in the first two games, the Nationals are 1 for 19 in the last two.

Houston flipped for the positive, going 9 for 23 with RISP after starting 3 for 17 in the two losses. The Astros burst ahead with timely hitting for the second straight night, getting consecutive one-out singles by José Altuve, Michael Brantley, Bregman and Gurriel.

Brantley had three hits, raising his Series average to .471 (8 for 17). Bregman also finished with three hits.

Chirinos, who homered off the screen on the left field foul pole to drive in Houston's final run in Game 3, sent a flat changeup from Corbin deep into the left field seats, then slapped his chest and grinned as he skipped across home plate. The catcher doubled in the ninth and is 4 for 11 against the Nationals.

Signed to a $140 million, six-year contract as a free agent last offseason, Corbin dropped to 1-3 in three postseason starts and four relief appearances. He actually lowered his ERA to 6.64.

Going back to Boston's wins in Games 4 and 5 at Dodger Stadium last year, visiting teams won have won six straight in the World Series for the first time since the Yankees at Brooklyn and Philadelphia in 1949 and '50. ... Road teams also won the first four games in 1906, 1923 and 1986.