Tim Tebow is retiring from baseball after five years as a minor leaguer with the New York Mets.

The 2007 Heisman Trophy winner returned to baseball in 2016 for the first time since his junior year of high school and reached Triple-A, encouraged by then general manager and current team president Sandy Alderson.

Tebow played 77 games at baseball's highest minor league level in 2019, batting .163 with four home runs. He finishes his career with a .223 average over 287 games.

“I want to thank the Mets, Alderson, the fans and all my teammates for the chance to be a part of such a great organization,” Tebow said in a statement released by New York on Wednesday (Thursday, Manila time). “I loved every minute of the journey, but at this time I feel called in other directions.

"I never want to be partially in on anything. I always want to be 100% in on whatever I choose. Thank you again for everyone’s support of this awesome journey in baseball, I’ll always cherish my time." 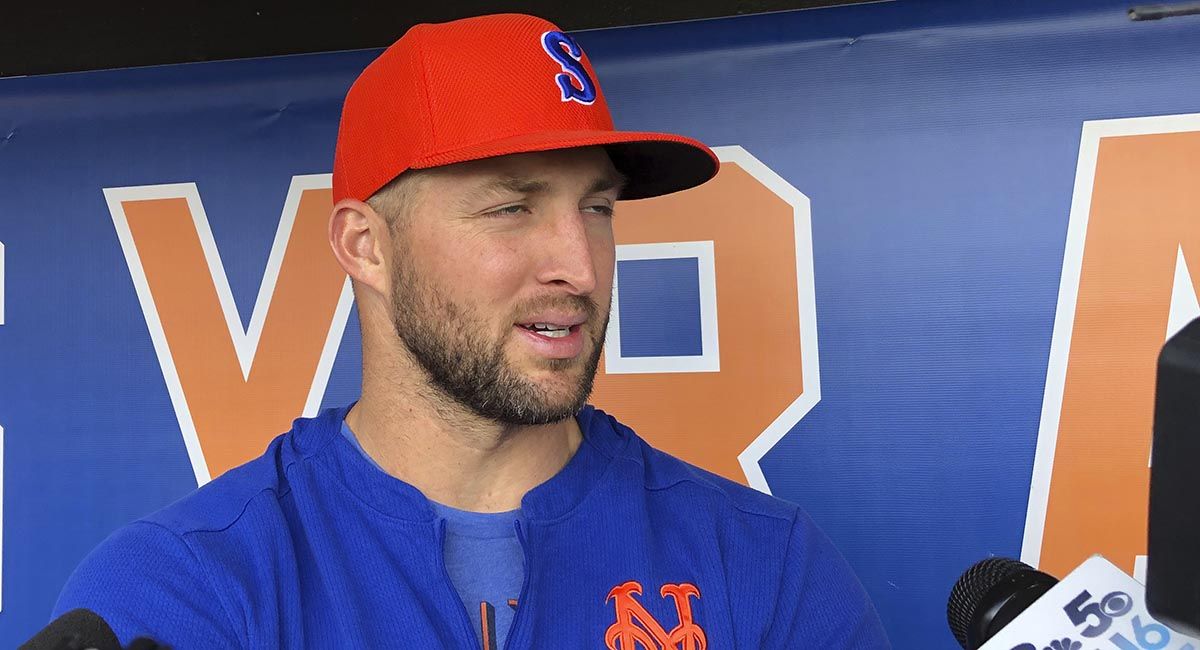 It is not yet clear whether Tebow’s retirement will affect his stint with the Philippines in the World Baseball Classic.

Last year, Tebow was included in the Philippine team line-up for the WBC qualifiers by virtue of him being born in the country, part of the relaxed rules of the tournament. But Tebow’s participation was cut short due to the COVID-19 pandemic.

The Philippine Amateur Baseball Association said they will wait for an invitation to play in the WBC before discussing about the eligibility of Tebow.

A lefty-hitting outfielder, the 33-year-old was invited to the major league spring training this season, taking one of New York's 75 spots after Major League Baseball limited spring roster sizes as a coronavirus precaution. Position players aren't slated to report to the Mets' spring complex in Port St. Lucie, Florida, until next week.

Over four big league spring trainings, Tebow batted .151 in 34 games, connecting for his first and only homer last spring before camps were closed.

“It has been a pleasure to have Tim in our organization as he’s been a consummate professional during his four years with the Mets,” Alderson said. “By reaching the Triple-A level in 2019, he far exceeded expectations when he first entered the system in 2016 and he should be very proud of his accomplishments.”

Tebow's baseball career began with a bang — he homered in his first professional at-bat during an instructional league game against the St. Louis Cardinals in the fall of 2016. Later that fall, he made headlines by comforting a fan who had a seizure in the front row of Tebow's Arizona Fall League debut.

The former NFL quarterback was an All-Star at Double-A in 2018, when he batted .273 with six homers in 84 games. He struggled the next year at Triple-A and had his season cut short by a laceration on his left hand.

A transcendent quarterback at the University of Florida for his talents and outspoken Christian faith, Tebow appeared in 35 NFL games between 2010-12, winning a playoff game with Denver during the 2011 season. He was released by the Philadelphia Eagles during the preseason in 2015, the last time he appeared on an NFL roster.

He was hired by ESPN as a college football analyst in 2013 and worked in broadcasting throughout his time pursuing a chance to play major league baseball.

“That would obviously be something that would be special, and I think another part of the dream,” Tebow said last spring. “Part of it’s just playing every day and enjoying it and competing, which I love. Obviously, that would be awesome. It would be a lie if I said that wouldn’t be super cool. ... But I wouldn’t say it would be a success or failure if that did or did not happen.”