SEATTLE — Even with major leaguers likely to receive some semblance of another spring training to get ready, teams are going to have to be creative with how they handle starting pitchers whenever baseball returns.

The last thing anyone wants is arm problems to arise almost immediately after baseball restarts - whenever that ends up being because of coronavirus outbreak.

"Possibly having a six-man rotation or something along those lines. Maybe a piggyback situation for us just those first couple outings," Seattle left-hander Marco Gonzales said during a conference call on Tuesday (Wednesday, Manila time).

Gonzales was slated to be the Mariners' starter on opening day. 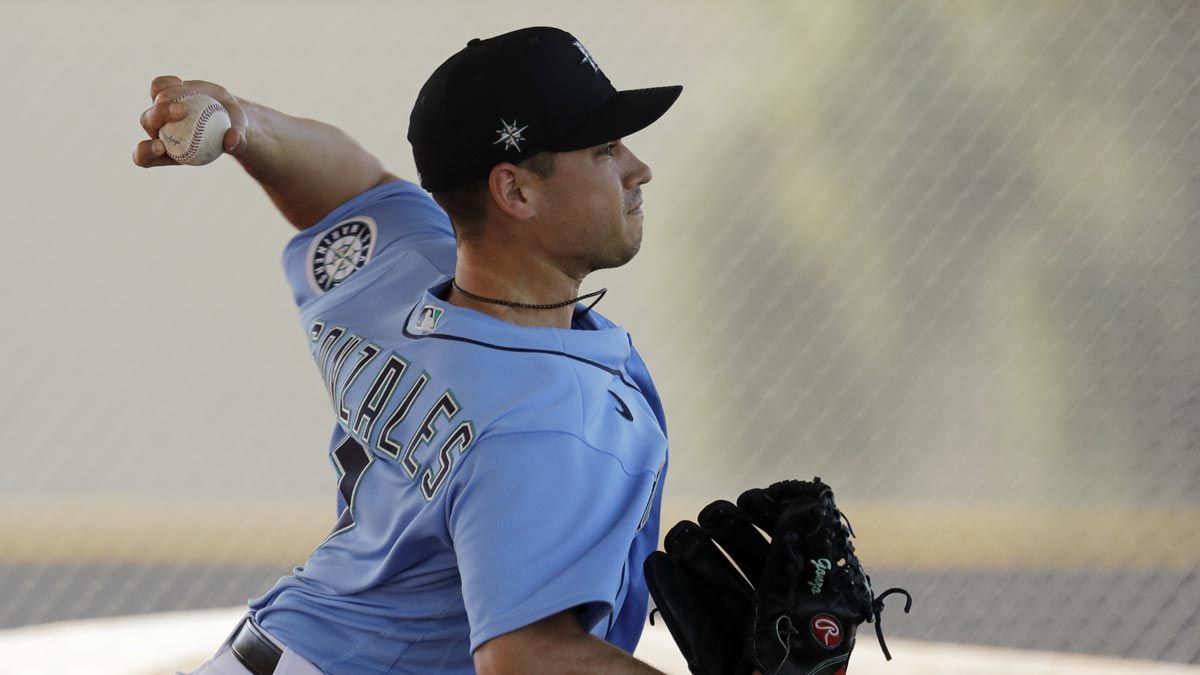 "Maybe we go three or four innings for the starters. And that's who this affects most really is starting pitchers. Maybe we have a piggyback situation or something along those lines. Like I said, those are things we need to get creative with," he said.

No one knows when baseball will start again after being derailed by the COVID-19 virus pandemic. Players want to play as many games as possible - even into November and December possibly - without risking their health.

For pitchers, and specifically starters, the unknowns can be unnerving. After weeks in Arizona and Florida of building up arm strength pointed toward the start of the regular season, they're back into offseason mode trying not to lose all that was gained during spring training.

"I think that as starting pitchers — I'm speaking for myself and probably a bunch of other guys on the team — we're doing everything we can to maintain kind of where we were, getting our up-and-downs and our pitch counts and all of that," Chicago White Sox All-Star Lucas Giolito said. 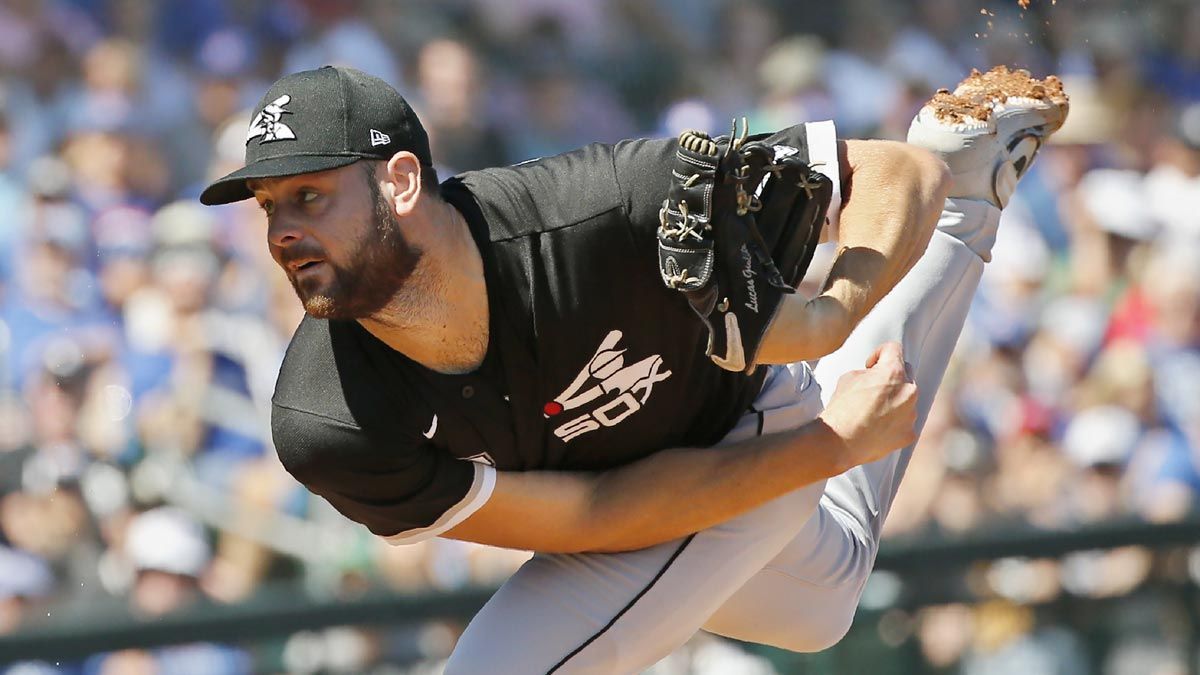 "Despite limited resources, we're able to pick up a ball and throw it and change intensities and measure it out," he said. "I think when it does come time for us to play again, we've already been communicating pretty much on a weekly basis with our coaching staff and training staff and everything like that. We'll just kind of pick it up and kind of gauge where guys are at and make decisions from there."

Gonzales said he's viewing this stretch as though it's the December portion of his offseason throwing program. He's been trying to find empty fields near his home in Seattle to go throw on occasion with a teammate, but it's mostly been limited to just long toss.

Still, between the limited throwing and having a home gym in his basement, Gonzales estimated between three to four weeks of build-up would probably be needed to get ready for the start of a season.

Gonzales also stressed that teams should be allowed to carry extra players to help ease the burden.

"I'm trying to stay at a point where I can easily ramp up in three to four weeks," Gonzales said. "That's different for everyone, so I hope everyone is staying diligent about that because it is going to be important to start on time when we do start." 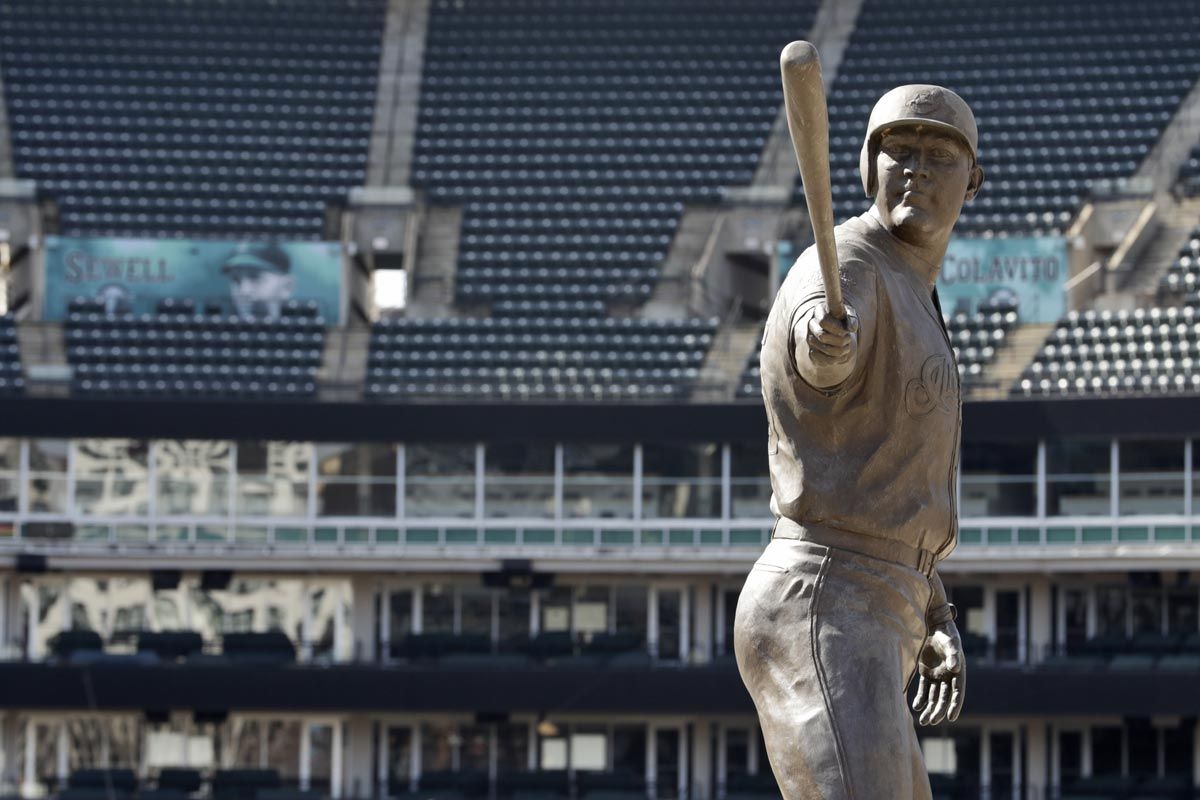 A statue of former Cleveland Indians Jim Thome stands in an empty Progressive Field in Cleveland.

While starters likely need more time to replenish their arm strength, Minnesota's Taylor Rogers said relievers shouldn't have much trouble getting themselves prepared.

But he also didn't envy the uncertainty starters are facing.

"If this goes six, eight weeks of nothing, do you expect your starters to be throwing 50-pitch bullpens for eight weeks?" Rogers recently said. "That's kind of a lot on the arm for nothing, basically. I think the starters are in the toughest spot right now, with not knowing the date, and they obviously take the longest to get ready."

AP Sports Writers Andrew Seligman in Chicago and Dave Campbell in Minneapolis contributed to this story.