ARLINGTON, Texas — Clayton Kershaw’s glittering career lacked two of the most satisfying accomplishments: a win deep in the World Series and a championship ring.

He took the mound on Sunday night (Monday, Manila time) with the Los Angeles Dodgers shaken, and Kershaw steadied his team with a gritty performance, plus one particular delivery home that will long be remembered.

Now with one more victory, the Dodgers would claim their first title since 1988.

Kershaw beat the Tampa Bay Rays for the second time in six days, escaping a fourth-inning jam with a quick reaction throw to cut down Manuel Margot trying for a rare steal of home, and the Dodgers held on for a 4-2 win and a 3-2 Series lead.

“Well, it’s happened to me before, at least one other time that I can remember,” Kershaw said. “Carlos Gomez tried it against me in Houston one time. You know, I work on that with the first basemen." 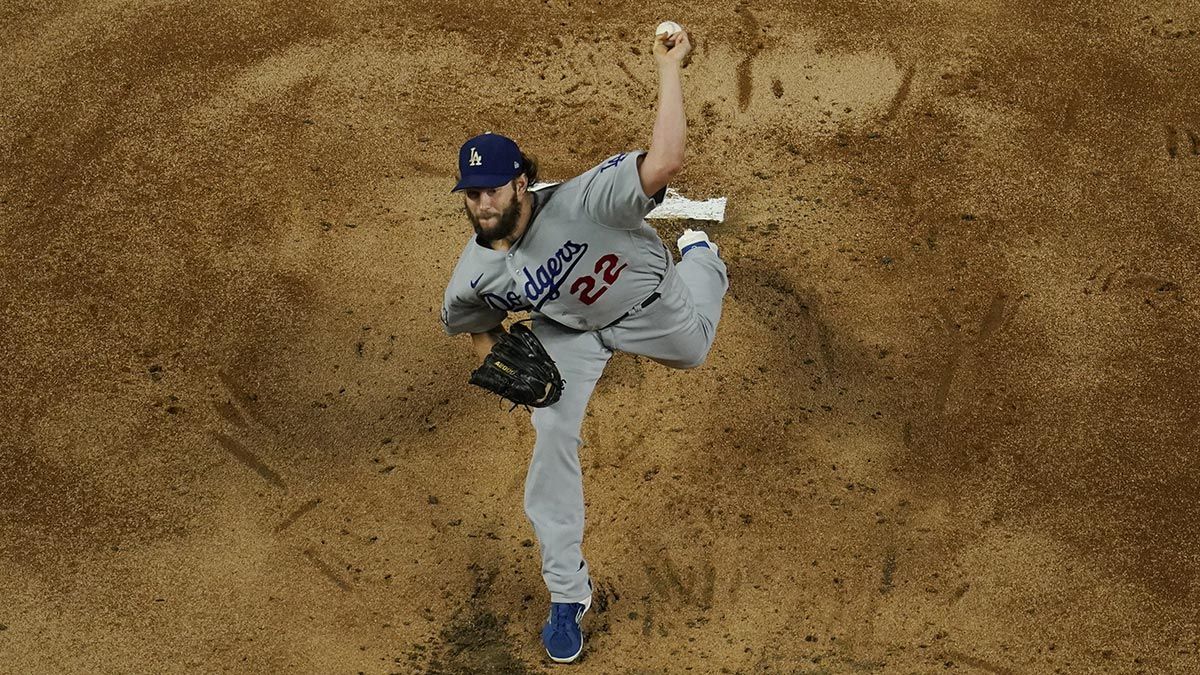 Max Muncy, looking on from first, was ready.

“I was fortunate enough to see one or two guys break hard, so i knew what to expect when he broke,” Muncy said. “I sprinted toward Kersh and said, `Home! Home! Home!'"

His scraggly dark brown hair dangling with sweat, Kershaw was cruising when Dodgers manager Dave Roberts removed the 32-year-old left-hander in favor of Dustin May after getting two outs on two pitches in the sixth inning.

The mostly pro-Dodgers fans in the pandemic-reduced crowd of 11,437 booed when Roberts walked to the mound, well aware of what happened with the bullpen the previous night, when closer Kenley Jansen wasted a ninth-inning lead in a stunning 8-7 loss.

Those boos quickly turned to cheers as the LA rooters saluted Kershaw, a three-time NL Cy Young Award winner, as he walked to the dugout. Kershaw improved to 13-12 in postseason play, including 4-1 this year.

May, Victor Gonzalez and Blake Treinen combined for two-hit scoreless relief. May got five outs, Gonzalez stranded a pair of runners in the eighth by retiring Randy Arozarena and Brandon Lowe on flyouts, and Treinen got three outs to become the fourth Dodgers pitcher with a postseason save.

“Kersh, a lot of credit goes to him for what we’ve been able to do in this World Series,” Treinen said. “There’s a tough narrative on him. He’s a phenomenal pitcher on the biggest stage.”

Margot singled leading off the ninth, but Austin Meadows struck out, Joey Wendle flied out and Willy Adames struck out.

Thirty of the previous 46 teams to win Game 5 for a 3-2 lead have won the title, but just six of the last 14. Teams that wasted 3-2 leads include last year’s Houston Astros.

Tony Gonsolin will start for the Dodgers on Tuesday, when Game 2 winner Blake Snell pitches for Tampa Bay.

Walker Buehler, the 26-year-old right-hander who has supplanted Kershaw at the Dodgers’ ace, is waiting in the wings for a a Game 7 like a Hollywood understudy ready for a leading role.

With a 175-76 regular-season record, five ERA titles and an MVP, Kershaw ranks alongside Dodgers greats Sandy Koufax, Fernando Valenzuela and Orel Hershiser. He won World Series openers in 2017 and again this year, but he faltered in Game 5 in both 2017 and 2018 and has never won a title.

A Dallas native pitching near his offseason home, Kershaw shut down the Rays on two runs and five hits with six strikeouts and two walks. He is 2-0 with a 2.31 ERA in 15 2/3 innings over two starts in this Series with 14 strikeouts and three walks. Kershaw also set a career postseason record with 207 strikeouts, two more than Justin Verlander’s previous mark.

Provided a 3-0 lead, Kershaw allowed Tampa Bay to pull within a run in the third when Kevin Kiermaier singled, Yandy Díaz tripled on a ball down the right-field line that skipped past Betts and Arozarena’s single. The 25-year-old Cuban rookie asked for the ball after his record 27th postseason hit, one more than San Francisco’s Pablo Sandoval in 2014.

“I didn’t have my stuff like I did in Game 1,” Kershaw said. “My slider wasn’t there as good as it was, so fortunate to get through there."

Kershaw escaped a first-and-third, no-outs jam in the fourth after Margot walked leading off, stole second and continued to third when the ball got away from second baseman Chris Taylor for his second big error in two games. Hunter Renfroe also walked, but Wendle popped out and Adames struck out.

With Kiermaier at the plate, Margot bolted for home as Kershaw raised both hands over his head in his instantly recognizable stretch position. While many pitchers might have panicked and perhaps balked, Kershaw coolly and quickly stepped off the rubber and calmly threw to catcher Austin Barnes.

Barnes grabbed the ball and got his mitt down on the Margot’s outstretched hand while the runner’s helmet tumbled off and cut his own lip.

Margot went on his own, manager Kevin Cash said, and became the first runner caught stealing home in the Series since Minnesota’s Shane Mack in Game 4 in 2001.

Globe Life Field's roof was closed on the cool, rainy night, as it was for Game 3, and the visiting Dodgers broke on top within 10 pitches against Glasnow, a lanky 6-foot-8 right-hander who appeared to be overthrowing.

Glasnow allowed four runs and six hits in five innings, leaving him 0-2 with a 9.64 ERA in the Series. The two home runs raised his total to a record nine in a single postseason.

Betts doubled on a 99 mph fastball leading off and scored two pitches later when Seager pulled a curveball into right field for a single and his 19th postseason RBI. This Series joined 1932 as the only years with runs in four straight top of the first innings.

Seager advanced on a wild pitch, Muncy drew his 20th walk of the postseason and after a two-out wild pitch, Cody Bellinger hit a grounder that was stopped with no play by Lowe, the second baseman positioned on the right field grass. Seager scored the Dodgers’ 58th run with two outs this postseason and became the first player to cross the plate in each of the first five Series games since the Yankees’ Derek Jeter in 2000.

Glasnow tied a Series record with two wild pitches in the 34-pitch inning and set the mark with three in the game.

Pederson hit a 428-foot opposite-field drive to left on a fastball at the letters for a 3-0 lead in the second.

Glasnow retired eight straight before Muncy homered in the fifth to make it 4-2. He became the record ninth Dodgers player to homer in the postseason, one more than the 1989 Oakland Athletics of Bash Brothers fame.

Dodgers: Bellinger was back in center field, a day after switching to designated hitter because of lower back stiffness.