Up to 1,000 fans to be allowed inside stadiums for Taiwan baseball games

TAIPEI, Taiwan — Fans will be allowed to enter baseball stadiums for games in Taiwan for the first time this season as part of a gradual easing of restrictions amid the coronavirus pandemic.

The China Professional Baseball League said up to 1,000 people would be permitted to enter ballparks from Friday after an agreement between the league and Taiwan's Central Epidemic Command Center.

Other baseball leagues around the world were still suspended last month when games began in Taiwan in empty stadiums. South Korea's league commenced this week, also without fans in the stands. 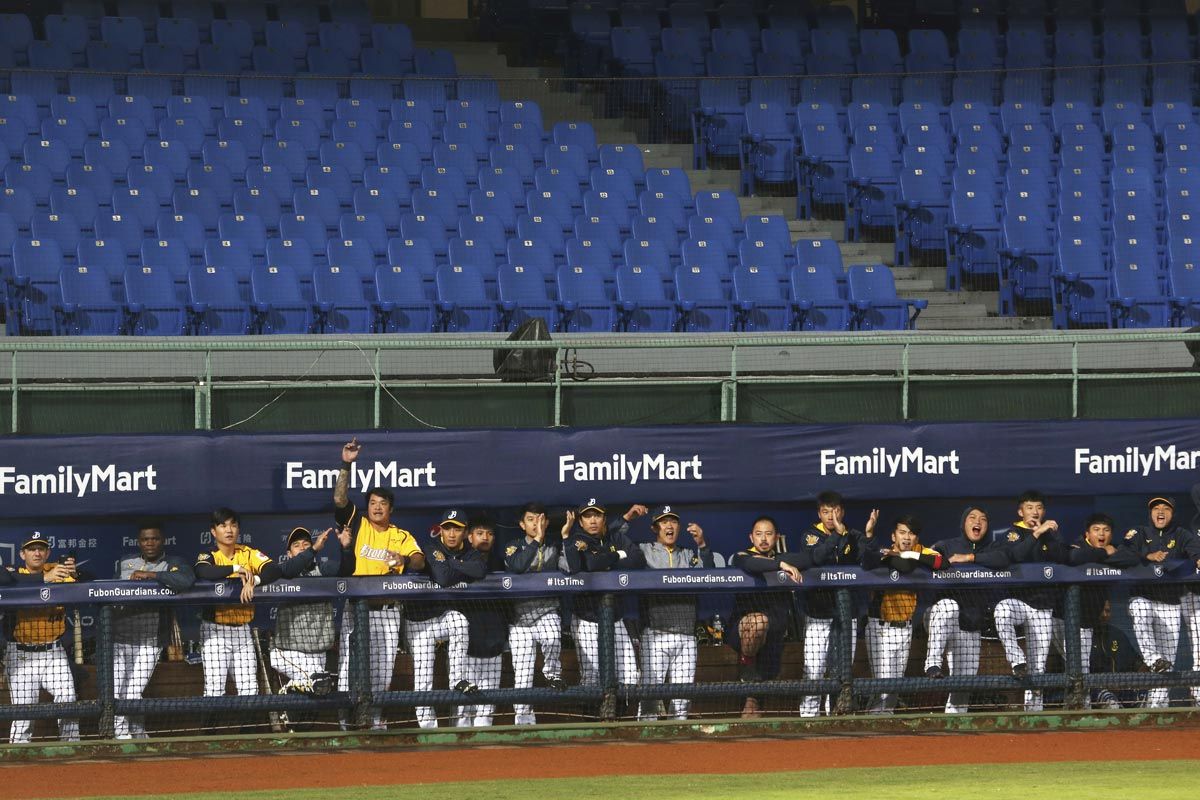 Members of Chinatrust Brothers cheer during a game against Fubon Guardians with no audience at Xinzhuang Baseball Stadium in New Taipei City on April 24.

"One month has elapsed since the start of play on April 11. With the unity and cooperation of the government and the people, the epidemic in Taiwan has eased," the CPBL said on its official website. "Welcome back fans!"

The CPBL said it would continue to maintain high levels of epidemic prevention policies in order to "let baseball gradually return to Chinese life."

Taiwan's five-team Chinese Professional Baseball League has bee barring spectators over concerns of spreading the coronavirus in a crowded space. But Taiwan has relatively few cases of COVID-19, so the league decided last month it was safe to let in players, coaches, cheerleaders, costumed mascots, face mask-wearing batboys and the media. 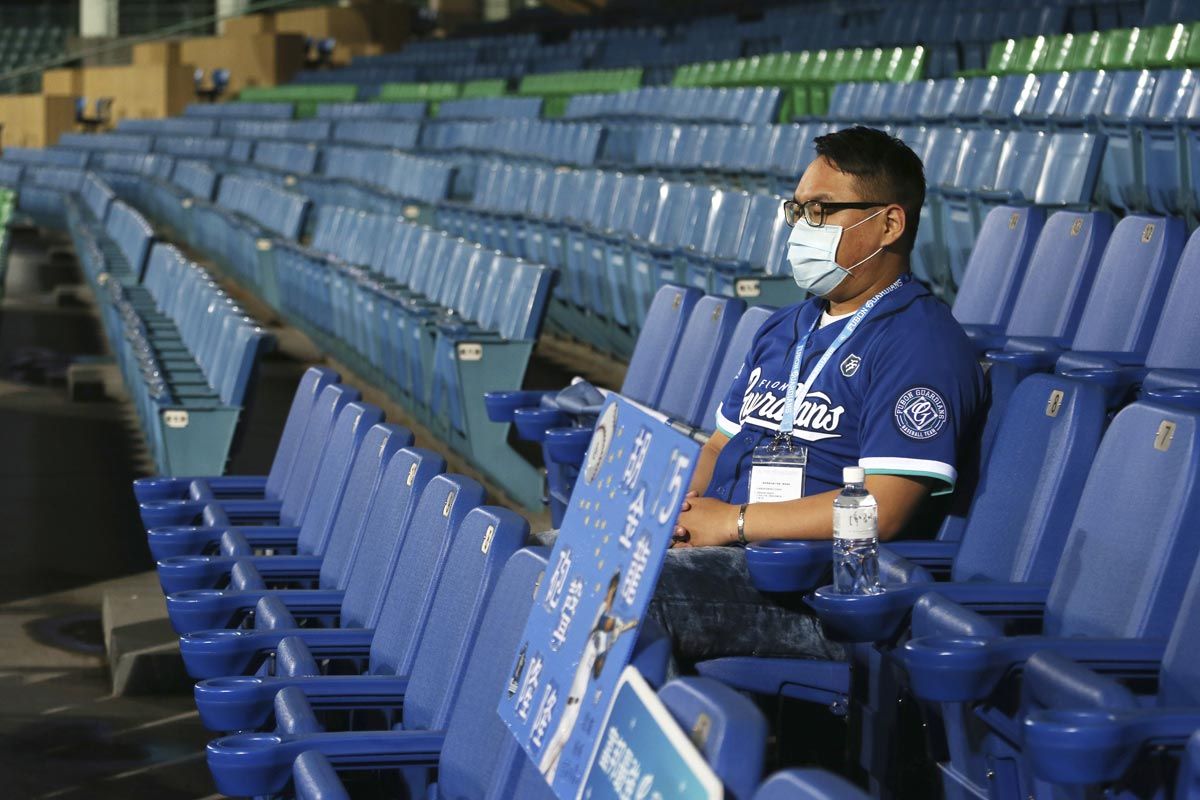 A staff member of Chinatrust Brothers sits on the stands during a game against Fubon Guardians at Xinzhuang Baseball Stadium in New Taipei City on April 24.

To keep fans watching on their phones, PCs and TVs, the league encouraged teams to give their stadiums a realistic, lively feel. That's where the placards on the seats and cheerleaders come in. Online game commentary has been broadcast in English as well as Chinese this year in case fans overseas want to watch a live season.

In Taiwan's Taoyuan city, the Rakuten Monkeys charmed fans by placing 40 mannequins in the stands - to be sent to local clothing stores once their duties are done.

The Monkeys, last season's champions, deploy six robots to bang drums along with the cheerleaders.