HOUSTON — Carlos Correa hit a leadoff home run in the 11th inning and the Houston Astros won a battle of the bullpens, beating the New York Yankees, 3-2, on Sunday night (Monday, Manila time) to tie the AL Championship Series at one game apiece.

The slumping Correa, who earlier hit an RBI double and made a sensational play at shortstop, connected for an opposite-field shot to right off J.A. Happ.

Correa watched the ball sail, then held up one finger as he rounded the bases. As he approached home plate, he tossed his helmet as if shooting a basketball at the crowd of teammates waiting for him.

Game Three is on Tuesday afternoon at Yankee Stadium. Gerrit Cole, who is 18-0 in his last 24 starts and led the majors in strikeouts, starts for the Astros against Luis Severino.

"The game of baseball, it's a beautiful game," Correa said. 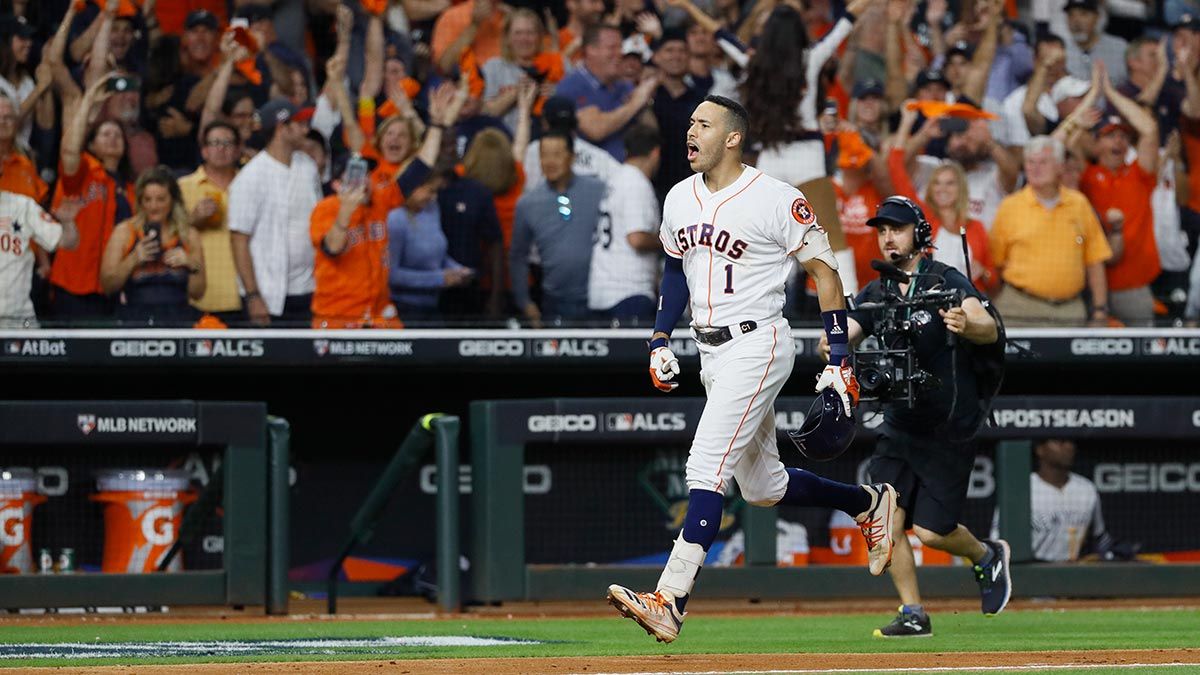 The Yankees tied a League Championship Series record by using nine pitchers. The eight relievers had permitted only one run and two hits with 11 strikeouts before Correa homered, ending a game that took 4 hours, 49 minutes and ended just before midnight.

Houston's five relievers combined for 4-1/3 innings of one-hit shutout ball after taking over for Justin Verlander. Going into this best-of-seven series, the Yankees were considered the better team in the bullpen — the Astros amply held their own in this one.

"Our bullpen was nasty, gave us a chance to win the game," Correa said.

Gary Sánchez struck out looking to end the Yankees 11th with runners on first and second. The pitch appeared outside — it came right after he swung and missed with two strikes, but was ruled a foul ball.

New York lost for the first time this postseason after four wins.

"It was a struggle tonight," Yankees manager Aaron Boone said. "They're tough to score runs off, especially on a night when Verlander is out there."

Aaron Judge put the Yankees on top 2-1 with a two-run shot off Verlander in the fourth. It was his first homer this postseason and the eighth in his playoff career.

George Springer tied it in the fifth with his franchise-record 12th career postseason home run. The 2017 World Series MVP connected on the first pitch after reliever Adam Ottavino entered. 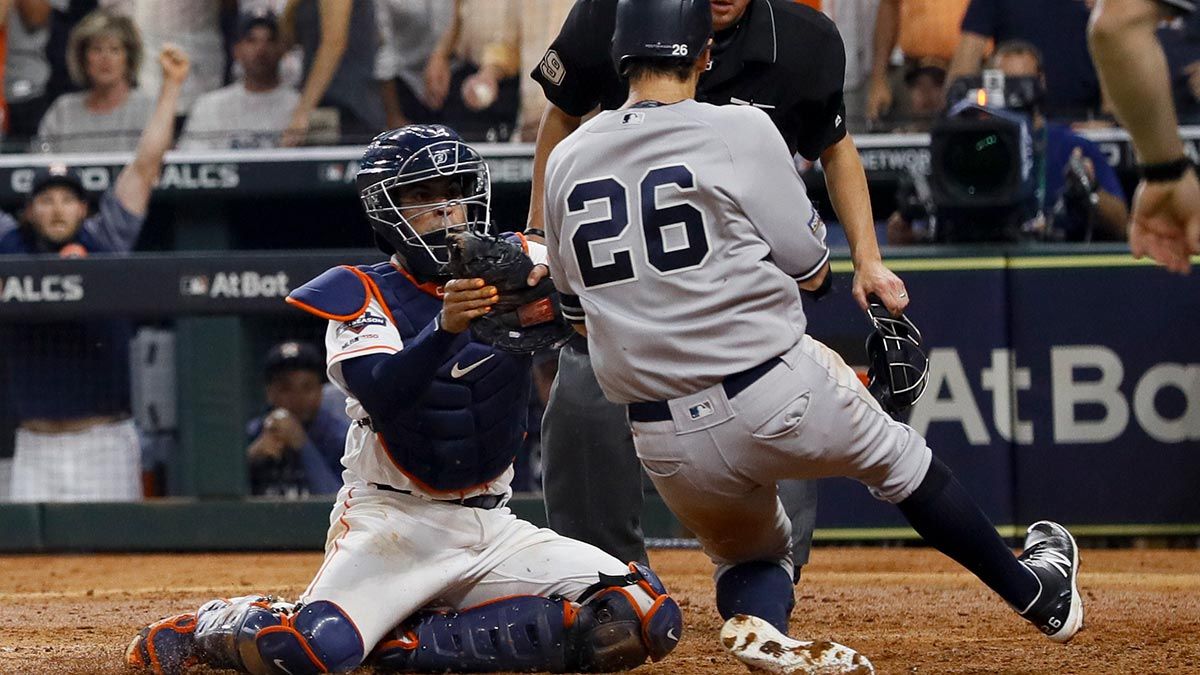 Correa was sidelined for a while late this year because of back trouble. The All-Star began the day in a 3-for-22 skid this postseason.

Along with his bat, he made the key play in the field to keep it tied at 2 in the sixth. With runners at first and second, and on the move on a full-count pitch with two outs, Brett Gardner hit a hard grounder that bounced off second baseman José Altuve for a single.

The ball bounded away and Correa quickly retrieved it and threw a strike to catcher Robinson Chirinos, who tagged out the sliding DJ LeMahieu.

Verlander pumped his fist and screamed "let's go!" as he came off the field and Correa shook his finger with a look that said: "not on my watch."

Cameras then panned to Verlander's supermodel wife, Kate Upton, who jumped and cheered from a luxury suite.

"I just tried creeping over and as soon as the ball hit him, I scooped it and he sent him, so I had to gun him down," Correa said.

Correa ended an 0-for-14 slump with an RBI double in the second off James Paxton, who lasted just 2 1/3 innings.

Hours later, Correa ended it with his drive off Happ.

"I've been successful before going the other way against him," Correa said. "I was looking for something down the middle that I could drive the other way. He threw a perfect pitch to do it."

In a game decided by bullpens, it was quite a relief for Correa.

"Not playing a couple of weeks before the playoffs and then not producing for or my team offensively, obviously it's tough, getting hurt and everything," he said. "But it's all worth it for moments like this, moments like this where you give your team a chance to win every day, it's worth it, man."

"It's been a tough road this year but I'm finally here and I was able to contribute tonight," he said.

Verlander entered the game 4-0 in six career postseason starts against the Yankees. He allowed five hits and struck out seven in 6 2/3 innings to bounce back from a tough start in Game 4 of the ALDS where he took the loss while pitching on short rest.

A man in the Astros dugout who works for the Harris County Emergency Corps was hit by a foul ball off the bat of Houston's Michael Brantley and exited with a towel over his head. The team released a statement from the company's CEO, Jeremy Hyde, that said the man was taken to a hospital and was in stable condition.

Play was briefly halted after the accident in the fifth inning and manager AJ Hinch came on the field to console a shaken-up Brantley.

Yankees: Slugger Giancarlo Stanton missed the game with a strained right quad. He homered in the opener. "So hoping that it's something that with today and the off day, that he would be back in play for Game Three," Boone said. "We'll just kind of see how these next 48 hours unfold."

This will be the eighth postseason start for Severino, who did not factor in the decision in New York's Game 3 win over Minnesota. Severino, who made just three regular-season starts because of a late injury, allowed four hits in four innings against the Twins.