SOME of the best shuttlers the world has to offer will fly to Manila for the 2020 Badminton Asia Manila Team Championships this February.

The event, which will be held this February 11 to 16 at the Rizal Memorial Coliseum, is expected be a star-studded one.

Tien Chen Chou of Chinese Taipei, who is ranked world no. 2 in the male category, spearheads the list together with no. 5 Anthony Ginting and no. 7 Jonatan Christie of Indonesia, no. 9 Ka Long Angus Ng of Hong Kong, and no. 10 Kanta Tsuneyama of Japan.

That's already a loaded cast which could have been more richer had world no. 1 Kento Momota of Japan made the trip. The top-ranked male shuttler is still recovering from a vehicular accident he figured in late last year.

"This is going to be the first time that there will be so many top-ranked players who will be going to this tournament in the Philippines. These will be exciting times for the Philippines," said Philippine Badminton Association president Alfredo Benitez.

Host Philippines got a slight advantage in the groupings for both divisions.

In the men's tournament, the Philippines, seeded ninth in the continental meet, has been placed in Group A together with top-seed Indonesia and no. 5 India. 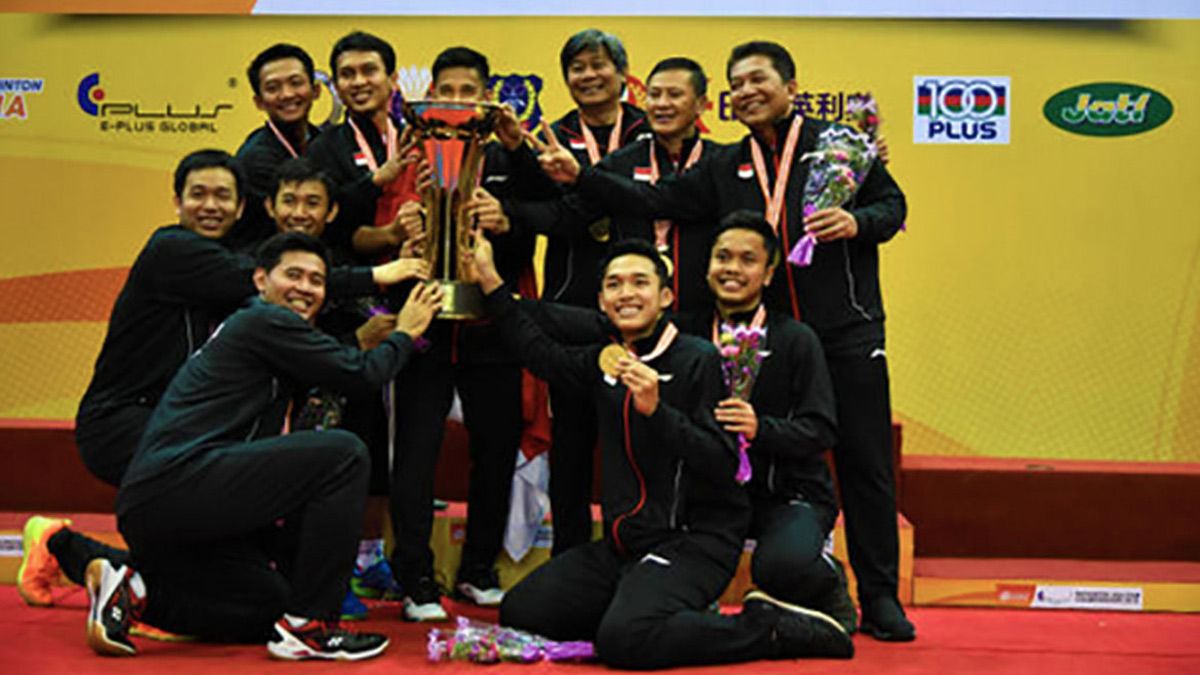 China spearheads Group B in the men's division alongside Thailand and Hong Kong. Group C consists of Chinese Taipei, Malaysia, and Singapore, while powerhouse Japan is in Group D alongside Korea and Kazakhstan.

Meanwhile, the Filipinas will face off against Southeast Asian rivals Thailand and Indonesia in Group Y of the women's tourney.

Defending champion Japan banners the women's division as it is joined by Malaysia and Hong Kong in Group W. Korea, India, and Kazakhstan are in Group X, as China, Chinese Taipei, and Singapore complete the field in Group Z.

Only the top two teams in the groups will advance to the knockout quarterfinals, with the semifinalists booking their tickets to the Thomas and Uber Cup in Aarhus, Denmark this May.

For the Philippine team coaches, this tilt serves as a chance for redemption for our national shuttlers after they failed to cop a medal in the 30th Southeast Asian Games.

"We are playing with the best in the world. We fell short during the SEA Games but hopefully, we will give them a good fight this time," said men's coach Ronald Magnaye.

Women's coach Ian Mendez added: "We need to prepare since we fell short in the SEA Games. We need to double time, triple time with our effort."