EJ OBIENA has committed to help stage a pole vault competition in the Philippines featuring the world’s best.

The world No. 3 pole vaulter is set to put on a show along with his top rivals in a meet set in 2023 in Tagaytay.

See After this short break, EJ Obiena resumes training with eyes on Paris 2024

The setup, according to Obiena, will be similar to those in Europe — a street venue where the runway, the box, crossbars and landing area are all portable or collapsible.

“The objective is to bring them here after the outdoor season’s over,” Obiena told Philippine Olympic Committee President Abraham “Bambol” Tolentino in one of their conversations since the world championships bronze medalist returned for a short vacation.

“The Picnic Grove here could be an ideal venue,” said Tolentino, referring to the favorite destination of local and foreign tourists in Tagaytay City, where he’s now back as its mayor. 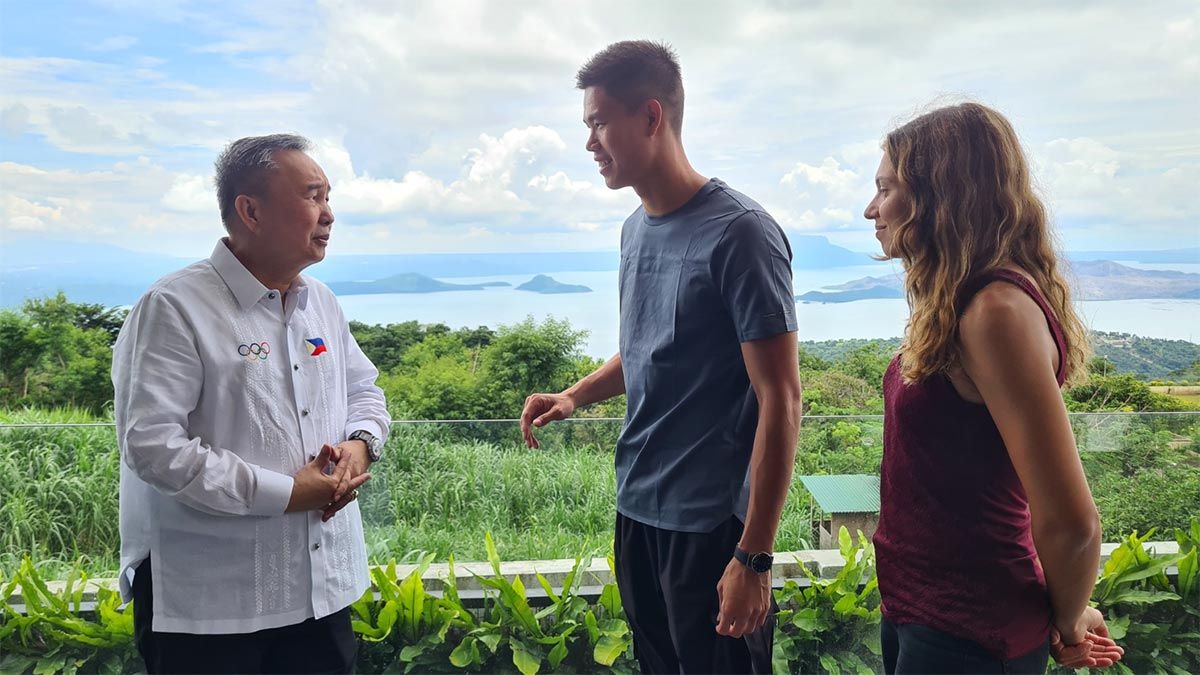 “With the Taal Volcano as backdrop, what more could you ask for—a world-class pole vault action in one of the most picturesque tourist attractions in the country,” Tolentino said.

The European outdoor season ends in early September and with the Asian Games in Huangzhou set on the same month next year, the Philippine meet could be held in September or October.

“The event will be a spectator-friendly event, and it’s planned that it be sanctioned [by World Athletics],” Obiena said.

Tolentino sees it as a boost in tourism.

“It’s great for tourism and the Philippines will be in the international pole vaulting map,” Tolentino said. “It’s very doable despite next year’s busy schedule. It’s going to be a big event so we have to plan this carefully.”

The Philippine Sports Commission, now chaired by Noli Eala, would play a crucial role in the event, according to Tolentino, who also agreed with Obiena to bring in some three-dozen world class pole vaulters, both men and women.

“We are hoping to work with of POC and PSC, it’s a collaboration,” said the 26-year-old Obiena, the 2019 and 2022 Southeast Asian Games gold medalist.

“I also love to see Hackett de los Santos to experience and compete with the best athletes,” added Obiena, referring to the silver medalist at the Vietnam SEA Games last May.

“This is going to be historic that’s why I am pushing for it,” said Obiena, who also intends to encourage the PSC, local government units and big business to put up more pole vaulting venues around the country. “Pole vault is a standard competition so it’s doable.”