DOHA, Qatar — This was yet another instance of every second counting for Spanish hurdler Orlando Ortega.

This time, it wasn’t about clearing hurdles but weaving through traffic.

Notified he would be receiving an extra bronze medal after an appeal, Ortega hailed a taxi from his hotel Thursday night and told the driver to get to the stadium quickly. He had a medal ceremony to attend at the world championships.

“I feel amazing,” Ortega said. “I'm so happy for this moment.”

The Spanish 110-meter hurdler found out he was receiving a shocking bronze while lying in bed. He spent most of the day in his room after his country’s protest was initially denied.

Then, the ruling was changed. He was needed at Khalifa International Stadium, pronto, because the medal ceremony started in 15 or so minutes.

The night before, Ortega left the track angry and upset after Jamaican Omar McLeod veered into his lane and collided with him. Ortega’s federation filed a protest, only to have the jury initially reject the appeal by saying the incident was “not unusual in hurdles events.” 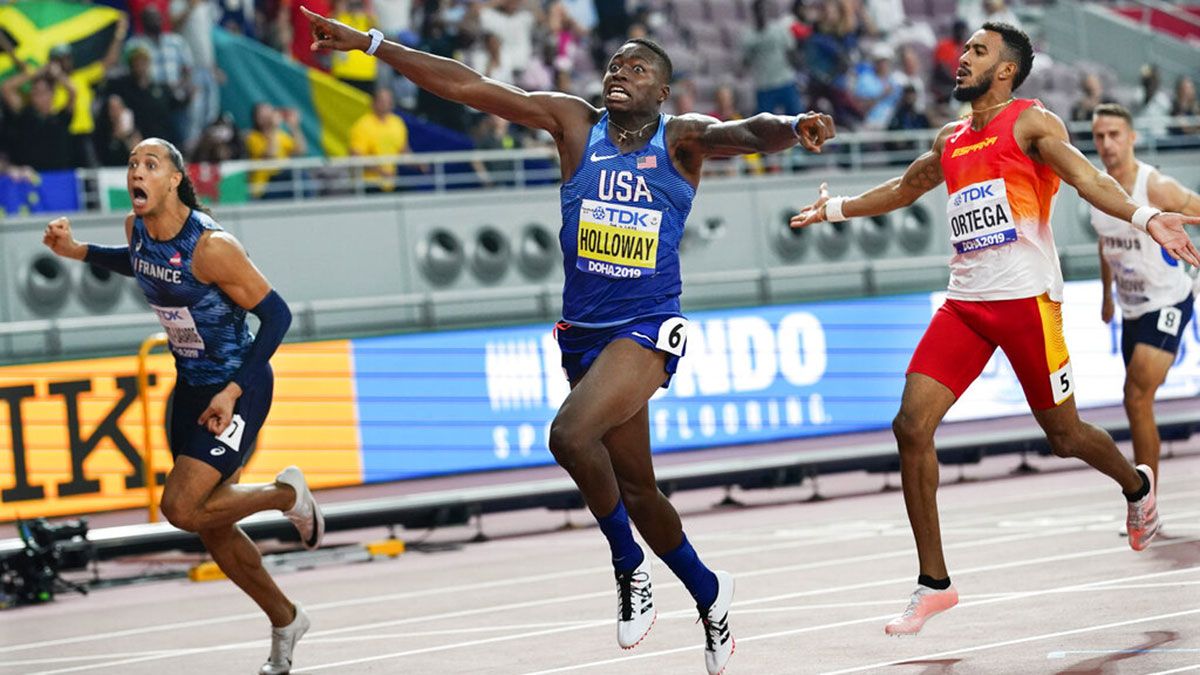 He thought the matter was closed and didn’t go to the track.

“My federation called me and said, ‘Throw your clothes on and come to the stadium really fast,’” Ortega recounted. “I was like, ‘What happened?’ They said, ‘You have the bronze medal.’

“I took a taxi and I said, ‘Please drive very fast. I have a medal ceremony.’”

The decision had a ripple effect, though, with Wenjun Xie of China dropping to fifth place.

The Chinese team lodged an appeal to contest the decision to place two athletes in the same position when each had different times (Martinot-Lagarde finished in 13.18 seconds and Ortega in 13.30). The Chinese felt the decision was arbitrary and not based on any written IAAF regulation. The appeal was denied.

In the medal ceremony, Ortega and Martinot-Lagarde posed for pictures with their matching medals.

He said he hasn’t spoken with McLeod or been offered an apology. Ortega was in third when a stumbling McLeod made contact with him. Ortega wound up fifth in a race he felt he had a chance to win.

Ortega waved off talking about the specifics of what happened in the chaotic closing of the race.

“Everybody knows what happened, who was there, the athlete with the problem,” Ortega said. “All day I was in my bed, just thinking a lot. The process was a long day for me.