DAVAO CITY - Elma Muros-Posadas was part of a Philippine Sports Commission contingent conducting clinics in Marawi when the city came under attack from members of the Maute Group, prompting President Duterte to declare the entire Mindanao under Martial Law.

Muros-Posadas along with nine other coaches including his husband/coach Jojo, as well as nine PSC employees finally arrived in this city on Thursday morning, more relieved than anything else after surviving what she described as a 'harrowing' two days in Marawi City.

"Sa buong buhay ko, eto na yun," said the track and field legend, winner of 15 gold medals from the Southeast Asian Games, when asked if it was the scariest she has been in her life.

While the experience may be a traumatic one, Muros-Posadas said she doesn't regret going to Marawi to contribute to Philippine sports development, even at the risk of her own life.

Aside from the Posadas couple, other coaches in the clinic were Nico Cawed and Johanne Remaneses of table tennis, Aquilino Pastoral III of football, Manny Llave of softball, Rodolfo Eco and Gene Mark Saavedra of sepak takraw, and Ariolas Amahit and Jose Jardin of badminton.

Muros-Posadas said their contingent was in a middle of conducting a sports clinic and grassroots coaching program for the Philippine Sports Institute at the Mindanao State University-Marawi on Tuesday when they began to hear noises which they first thought was just lightning.

The noises turned out to be gunfire which continued on until the night.

When news of what is happening in Marawi, including the burning of the city jail and a reported kidnapping of a priest, was shown on television, a few members of the PSC contingent began to cry and started sending out messages to their families, she said.

When a blackout hit the city, Muros-Posadas said the PSC contingent was ready to evacuate immediately.

To leave the city, the PSC contingent had to endure a seven-hour trip to Iligan City. From there, they were met by PSC executive assistant to the chairman Ronnel Abrenica who took them to Davao City. 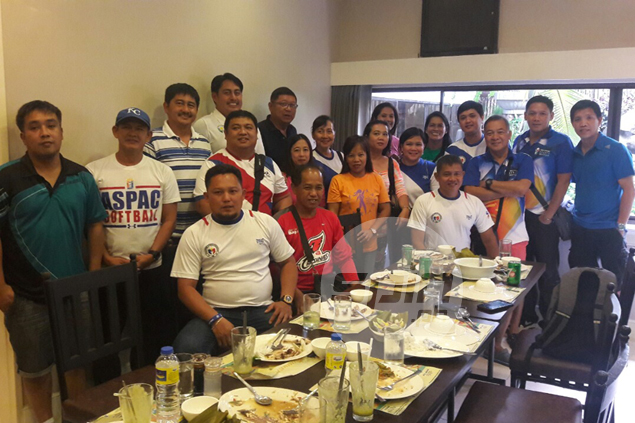 Upon their arrival here, PSC chairman William 'Butch' Ramirez spoke to the entire team and treated them for lunch, before they left for Manila on Thursday afternoon.

The experience in Marawi, however, won't discourage Muros-Posadas from her pursuit to continue to share her knowledge to aspiring athletes and coaches even in far-flung or war-torn areas.

She is willing to risk her life again for Philippine sports.