TAGUM City, Davao - Princess Dian Penaranda attracted attention from among the runners in the 100-meter dash on Monday, but not so much because of her speed.

Inside the track oval, Penaranda was a princess without a pair of running shoes.

The Kapalong, Davao del Norte lass ran the century dash barefoot under the scorching heat of the sun at the oval of the Sports and Tourism Complex here, but later said she didn't mind.

The 13-year-old runner said she is used to it.

"Gusto ko lang po," she told SPIN.ph when asked why she wasn't wearing a running shoes like most of the participants in the 2016 Batang Pinoy' athletics competition.

A picture of Penaranda getting ready to compete barefoot shared by SPIN.ph on Twitter gained a lot of attention from celebrity athletes, among them Kiefer Ravena who offered to send her shoes.

PBA player Rob Reyes and former Gilas skipper Jimmy Alapag also retweeted the photo, with Alapag adding a caption: "No athlete in our country should have to compete like this."

Penaranda, however, said she races barefoot not because her family couldn't afford to buy her shoes, but because she is more comfortable running races without them. 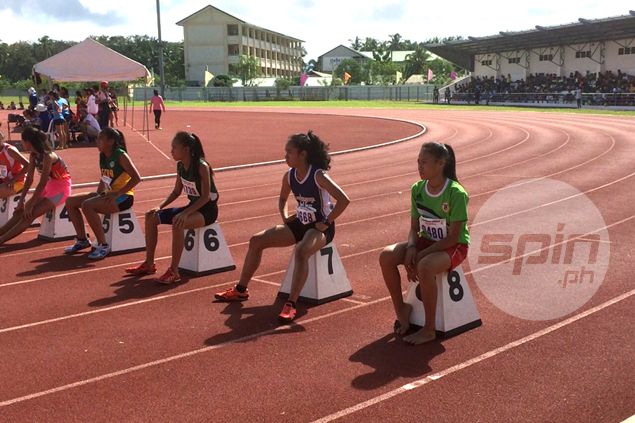 A 'barefoot wonder,' Arsenia Sagaray, was once part of the Philippine track team long before Zola Budd became a star middle-distance runner in the Olympic Games while competing barefoot.

He added, "Disadvatanged nga sila kasi they won't be able to utilize the bounce of the rubberized track."

Although she finished last in her heat and failed to make the final round, Penaranda knows there is victory in defeat. After all, she's getting a free education through running.