TAMPA, Florida — Tom Brady isn't letting the coronavirus pandemic — or NFL rules against players working out at team facilities — keep him from preparing for a new season with his new Tampa Bay team.

Brady gathered some of his Buccaneers teammates on a high school field early on Tuesday (Wednesday Manila time) for a throwing session. Brady wore a Buccaneers helmet and an orange jersey over his shoulder pads. The informal, players-only workout at Berkeley Preparatory School lasted two hours, according to The Tampa Bay Times.

It's not unusual for quarterbacks to organize passing workouts before training camp, but the pandemic has changed normal routines. Teams have had to rely on virtual meetings instead of traditional offseason programs as the NFL tries to make plans for a 2020 season, possibly without fans at stadiums.

Because of the pandemic, which has forced social distancing and sheltering at home as the new rules, any gathering of players is notable — especially one involving Brady, a six-time Super Bowl champion with the New England Patriots. Brady, 42, signed a two-year, $50 million contract with the Bucs in March.

After signing with the Bucs, Brady asked for phone numbers of his teammates. He apparently made use of that list to organize Tuesday's workout. 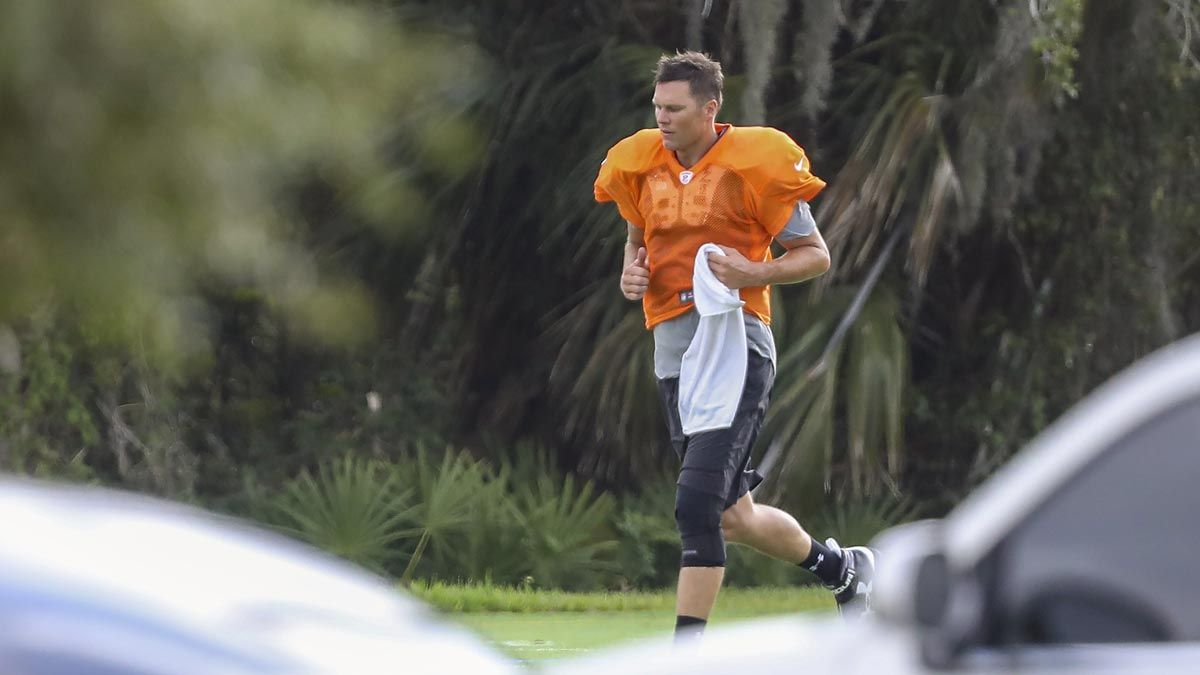 It was an encouraging sign for fans on the same day NFL teams began opening facilities to a limited number of personnel. The facilities are still off-limits for coaches and players, except for players undergoing injury rehabilitation.

Though he's the newcomer, Brady was in charge, according to the newspaper. Brady walked through a route with receiver Mike Evans, demonstrating for the veteran and other players exactly where to make their cuts.

Among other players attending the session were receiver Scotty Miller, tight ends Cameron Brate and O.J. Howard and running back Dare Ogunbowale.

Teams cannot organize such workouts, and the Buccaneers did not publicize Tuesday's session. There was no immediate reply from the team to a request from The Associated Press for comment on the workout.

Tuesday's session went better than Brady's attempt to work out privately at a Tampa park last month. After he was told by a security guard that the park was closed and he had to leave, Brady received an apology from Mayor Jane Castor.