MIAMI GARDENS, Florida — Kyle Shanahan will now have another Super Bowl collapse to answer questions about.

After being peppered all week by reporters seeking to rehash that blown 28-3 lead to New England three years ago when Shanahan was offensive coordinator in Atlanta, Shanahan's first trip to the Super Bowl as a head coach ended in another late-game meltdown.

The 49ers became the third team in Super Bowl history to give up a 10-point lead in the second half when they blew a 20-10 advantage and lost 31-20 to the Kansas City Chiefs on Sunday night.

In two trips to the Super Bowl, Shanahan's teams have been outscored 46-0 in the fourth quarter and overtime and he can only think about what went wrong to cost him two championships. 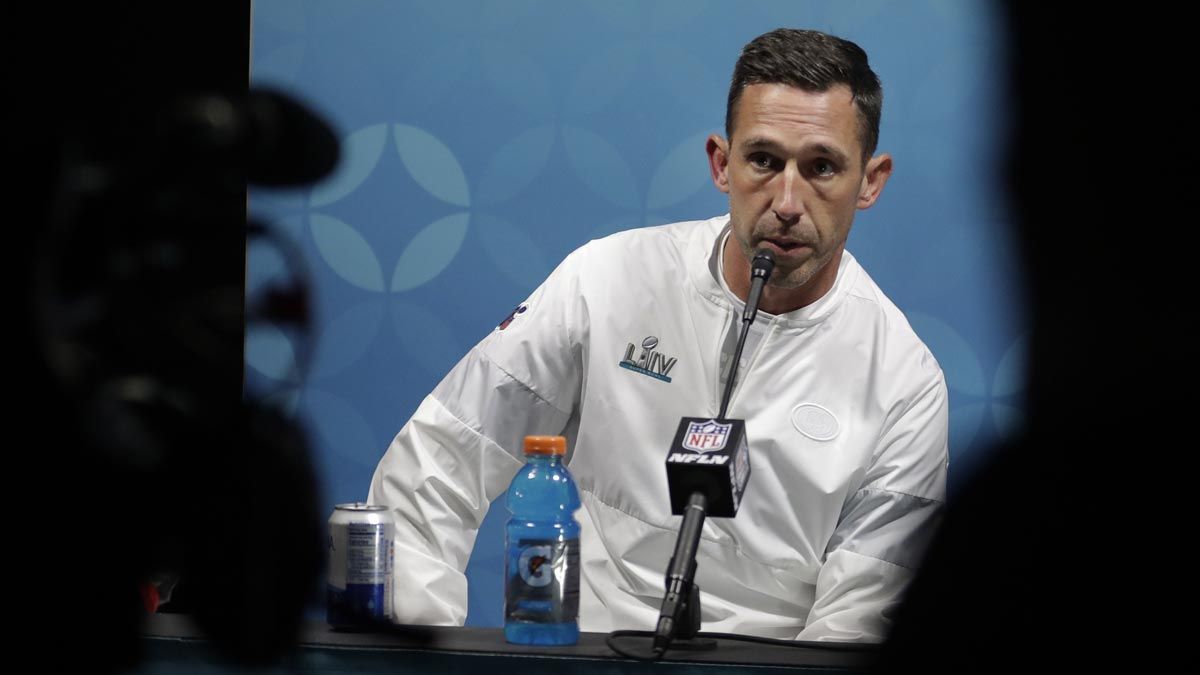 Shanahan has now had seven drives as a play-caller in the fourth quarter of Super Bowls and his teams have four punts, two turnovers, one failed fourth down and only six first downs.

The 49ers appeared to be firmly in control when they intercepted Patrick Mahomes for a second time with 11:57 to play and a 10-point lead.

But then the coach known as perhaps one of the league's most innovative play-callers couldn't dial up the right plays to help the 49ers seal the win.

Jimmy Garoppolo completed a 12-yard pass to George Kittle to give the Niners a first down with less than 11 minutes to play. But Raheem Mostert was stopped for 1 yard, Garoppolo threw an incompletion on second down and then was forced into a short scramble on third down following a false start on Joe Staley.

That forced a punt and Mahomes led an 83-yard drive that got the Chiefs right back into the game. 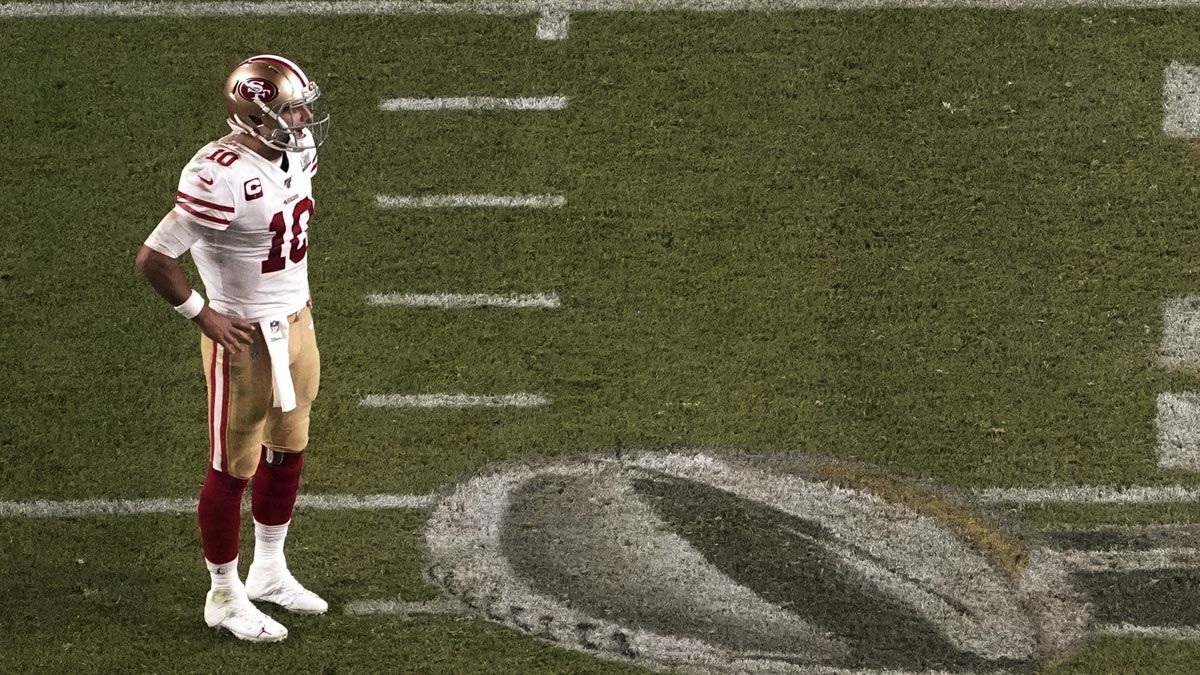 The Niners still had a chance to seal it with a productive drive on offense but a first down run followed by two incompletions gave the Chiefs the ball back again.

Mahomes led another TD drive to give the Chiefs a 24-20 lead, setting the stage for Garoppolo to lead a late-game comeback in the final 2:39.

The Niners managed to move the ball across midfield following the two-minute warning before three straight incompletions and a fourth-down sack ended the chance for Shanahan to join his father, Mike, as the only father-son Super Bowl champion coaches.

The Chiefs added a late TD and then Garoppolo's desperation interception ended any comeback chance for the 49ers.